I forgot there was a teacher training day today.  I opened Reilly’s diary on Thursday to the words enjoy your long weekend, eh? what? NO I NEED him in school. I have been looking forward to this day for weeks.

Today was audition day for the play The Life of Reilly.  A new character will join the cast playing the part of Reilly’s friend.  We decided immediately after the last show that we should be looking to cast actually autistic actors. It just makes sense, a no brainer.

After seeing Ellis out the door this morning on a trip to High Borrans I managed to get into Newcastle with seconds to spare while grandad Ken took Reilly on a bus trip to Whitley Bay (only 2 meltdowns but epic ones 😩).

The actors were asked to read Reilly’s initial monologue.  Not easy as he’s talking to a pretend therapist at the back of the auditorium.   They were awesome.  Obviously I can’t say too much as there are still people to audition but I was genuinely blown away.

There is some amazing talent out there, I’d be nervous as hell to walk out in front of strangers and perform, in fact I don’t think I could do it.  To see these people transform with booming voices, accents and gestures is outstanding.   Let’s not forget some autistic people often walk hand in hand with anxiety daily, this was no small task.

I felt really proud today.  I loved listening to everyone’s stories about how and why they became interested in acting  and can see Alphabetically Autistic and Red Diamond Theatre working on some amazing projects in the future.  More opportunities for these amazing people xx

You can buy tickets for The Life of Reilly at Northern Stage. 21st September.

Please come along and support this amazing production. 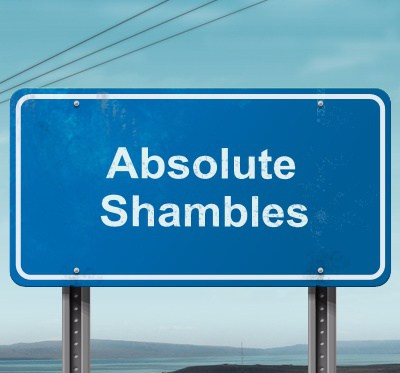 I’ve seen in the media this week (link to Carrie Grant) that there have been discussions in South West London to no longer accept referrals for assessment and diagnosis of Autism Spectrum Disorders.  Even typing that sentence feels wrong.

I cannot get my head around this.  The only children who could be referred are those with an additional mental health condition the likes of ADHD or depression.

Reilly is autistic.  He isn’t ADHD, he isn’t depressed.  Where would that leave us.  No referral, no diagnosis, no help, no support, no special school place.

It has to be financial, I cannot think of any other reason but I can assure you that the knock on affect for these families will have severe repercussions.  We all know that early intervention is crucial.  You need to open doors quickly and access whatever help is available.  Reilly simply couldn’t be shoe horned into a mainstream school, I knew that before he attended his afternoon visit to nursery that they couldn’t handle him and I was right.

Reilly didn’t want to sit nice on the carpet with his milk in a carton that he couldn’t bare to touch and listen to stories. He wanted to be in playing with trains but thats only allowed if you have a band on and theres only three bands allowed at any time in each area, he didn’t get it.  He didn’t fit and I wasn’t going to make him.  And oh lord he’s still in nappies!!

We were lucky enough to have a Sure-Start nursery a bus ride away where the staff were amazing and helped me so much.  They were an emotional crutch to me at times. Times when I couldn’t leave him, times when it took me 2 hours to get him there instead of 20 minutes. Times when Id had 2 hours sleep and happy times when he ate the garlic bread.

Guess what happened to that Sure-Start Nursery?  It was closed.

With Reilly’s diagnosis he went to panel for them to decide where and how Reilly should be educated.  There were zero spaces available anywhere with any type of specialist provision available.  He would have to go into mainstream school to “prove a point” that he couldn’t remain there.  Imagine using your child to prove a point to get them the right education they are legally entitled to.  The poor teacher who chased Reilly for one week around the school between 1.30 and 3.15 must have been near a breakdown at the end of it.  We proved a point and then threatened action with the council.  Tadaaaa we were offered a place at an excellent school for Reilly, not the right school according to all of our professionals but better for him than mainstream at this point.  Reilly spent a year there and came on leaps and bounds he was then moved to his current school.  It’s exceptional.  It’s right for him and us.

Would he be here without a diagnosis?  Absolutely not.  Would I have had that breakdown that I teatered on the edge of so often – I can guarantee it.

So is it about money? Is this the start of privatisation?  There can’t be any other reason.  How many people can afford to go private for a diagnosis?  It’s absolutely terrifying.  Will it roll out further?

Mental health services are being cut left, right and centre. Mental health problems on the rise and I can assure you it will get worse if these plans go ahead.

Even though I knew Reilly was autistic I always held onto a tiny thread of hope that he wasn’t   I didn’t want my boy to struggle you see,  I wanted him to be accepted; I wanted his biggest worry to be what was in his packed lunch box.

The day of his diagnosis came in March 2015.  Myself, Shane and Reilly had to attend a meeting with our speech & language therapist and a pediatrician who had never met Reilly before.  This made me a bit nervous how could she diagnose my child in a 2 hour meeting?.

The drive to the centre was awkward.  Reilly kicking off because we were driving down a road that he hadn’t been down before and Shane & I mostly in silence, broken every now and again with a heavy tension filled sigh.

We arrived to cheery faces and a room full of toys, so far so good.  The first part was mostly play based, they played and interacted with Reilly best they could.  We were then questioned about Reilly’s behaviour.  Every answer we gave terrified we’d given the wrong one.  Had we downplayed some of it? probably.  It’s really easy to talk in detail about how great your children are at different tasks.  It is not so easy to talk about things they struggle with and that’s what we had to do. I felt disloyal to Reilly, I felt like I had failed him.

Next we were taken to a small room where Reilly was stripped down to his nappy and a UV light was used to scan him for marks on his skin, they were looking for Tuberous Sclerosis, 50% of children with Tuberous Sclerosis go on to develop ASD.  I had no idea it even existed. It sounded terrifying, life threatening and all I needed to know was that he didn’t have any marks.  He didn’t.

Off we went to wait for them to deliberate and deliver their verdict.  20 minutes felt like 3 hours with constant anxiety and on the edge of a full-blown panic attack.

As we took our seats back in the pediatricians office where there was no beating around the bush, she was direct and she was honest.  Reilly was autistic.  No more might be, maybe, could be – he was.  Even though I was expecting this it felt like someone was standing on my heart.  I could barely breathe and I wanted to run. I wanted out of the office and back home to this morning with the maybe’s and could be’s.

We talked for a bit about how we felt but to be honest I cannot remember what was said.   We left with a pile of literature on help groups and activity sessions.  Buckled Reilly into his car seat as we always did and sat in silence for a bit.  I wanted to throw up, I had the shakes and I know Shane felt exactly the same.  The fear was real, I cannot stress that enough because it is genuine fear of the unknown.  NOBODY wants their child to struggle, they want the norm because its easier; they go to the local school around the corner for nursery and leave to go to high school at the end of year 6, they make lifelong friends; the same.

We came home and told his brothers of his diagnosis.  It made no difference to them whatsoever.  They already knew.   Everybody knew.

I should mention prior to this meeting reports were submitted to help with his diagnosis by his nursery, health visitor, speech & language, education psychologists, health visitors and portage. All unanimous in their verdict.  It took approximately 2 years to get it and the equivalent of the encyclopedia britannica in paperwork.  We are lucky, some families are fighting to get a diagnosis years down the line, it can feel like looking for the holy grail at times.   It is hard and in most cases you must fight for help every step of the way, be vocal and keep at them. If you don’t shout you won’t be heard.

So that’s it. That was diagnosis day.  It threw a major curve ball but it has opened a few doors for us and enabled us to sketch plans for Reilly’s education.

The best piece of advice we had was from my sister in law Kelly who I quote “Is he going to die from it? No crack on then there are others in worse positions” and she was right. He’s incredible.

He is funny. He is super bright and he is autistic.  He is Reilly and we love him.