I asked Shane if he would like to write something about Father’s day as an ASD Dad turns out he has written something about Father’s day in general.  Father’s day is one of them days we kind of just tiptoe past.  The kids make cards and presents etc but my Dad lost his son, my brother which obviously changes the day always makes me feel crap writing the card.  Here you go Dad stark reminder your other child isn’t here.  It’s shit to be frank.  You’ll understand as you read Shane’s post, it’s a deep one  …..

Father’s Day and autism is a hard write so I’ll be more expansive in my thoughts.

Father’s Day what’s it all about?  Is it a day you’re kids show their appreciation of all you do and don’t do or is it another money spinner for the retail market?

A bit of both would be my way of thinking; don’t get me wrong I appreciate a card and a small gift as much as the next person but I see appreciation most days whether it be standing in the pissing cold rain whilst Ellis struts his stuff on the football pitch or when I let Reilly guide us to the destination of his choice.

The look on their faces tell me without a word that I am appreciated.

Father’s Day to me personally is tinged with a few emotions so maybe that’s the reason I don’t place much emphasis on it; I like to use it as an annual stick to remind myself of what it is to be a father.

Growing up I never had the dominant, protective or caring father I try to be; bastard put us out to live in a refuge and we ended up in Annitsford!

All’s well that ends well though it’s been great place to grow up and the kids I made friends with in primary school are still my closest friends and confidants now.

This is where I come to behind every successful man is a good woman, in my case 2.

My mother struggled when we were kids but she put a good show up combining 2 roles mostly and for that I am eternally grateful and proud. The second woman is obviously the patron saint of Annitsford my wife Christine who helped me more than anyone will know.

For people who don’t know me I lost my first son (previous relationship) to SIDS and my life was pretty much like a car that kept crashing and being bodged over.

The pain of losing a child can’t be explained so I won’t attempt to, my existence was between drinking heavily, not being able to face people or leave the house and burying myself in my work to escape the hell I lived in with regular trips to counsellors and doctors.

Slowly pieces where put back together so I could actually function and the periods of hell became shorter in duration.

Fast forward and the hell is mostly over bar odd dark day which I know will pass; and I have a settled life with a lovely family all be it there is always something missing.

So back to Fathers day and the mixed set of emotions and why I don’t need the day  to assure me I’m a father; so never had a father figure to look up to or show me the way, my beautiful Georgie isn’t with me and father’s day is a reminder of a huge hole that is with me every day of the year not just one and so you can  maybe begin to realise why it’s just another day to me.

And every one of them days I appreciate the 2 woman that made me the man I am and most days I see the appreciation in my kids faces  when after a punishing 11 hour day at work I try to fit some quality time with the most important little people in my life my kids. They will never know the struggles my mother faced or have to sleep in a refuge because this father will always put their needs over his own. 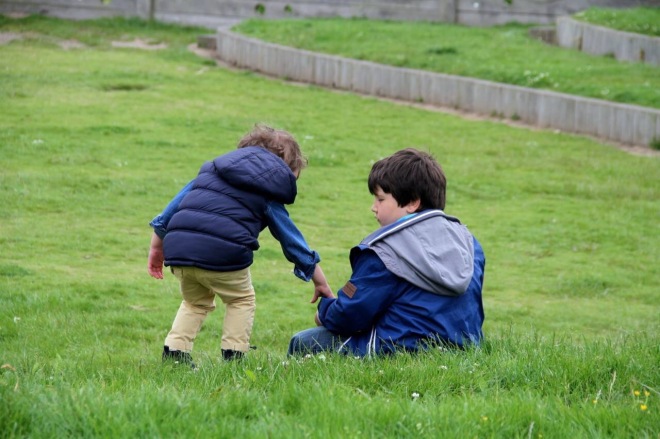