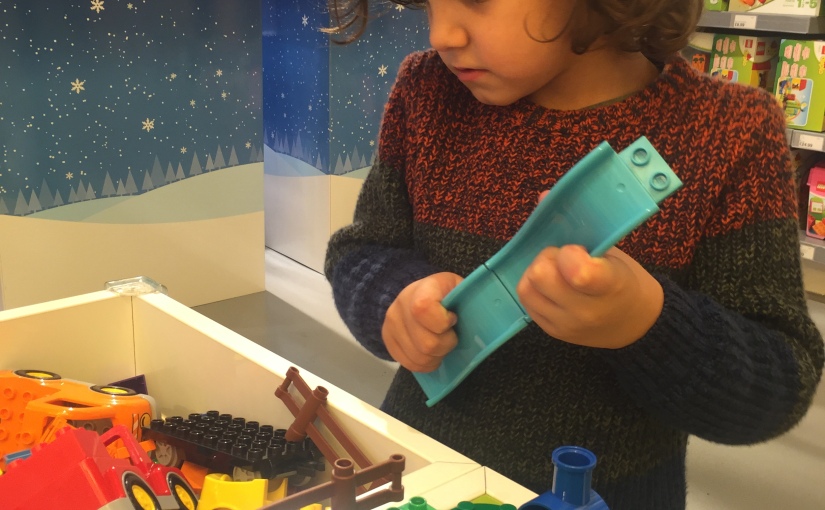 Firstly though our fundraiser launch for Alphabetically Autistic with Rock the Spectrum was a great success last night and we raised over £1000!  When I got home I started to upload and edit my photos.  Huge mistake.  Was about 3am when I eventually dropped off to sleep then woke up at 7.30 with a punch on the nose from Reilly.

Our trip out started to go haywire before we even got out the street with Reilly deciding he didn’t want me to wear my coat.  It’s a normal coat, a green parka but he didn’t like it today. I took it off in the car he tried to throw it out the window.  We stopped and I put it in the boot thinking by the time he sees the delights of the Metrocentre carpark he’ll have forgotten about it.  This was mistake number 1.

What on earth possessed me to try the Metrocentre today with Reilly anyway?  I hate it on my own never mind with Reilly in tow.

We parked up outside of Toys R Us, there is no other option when here with Reilly and I went for my coat. I was in a cream cami, it was similar temperatures to the Artic in winter and it was raining.  Reilly stood in front of me like an armed guard there’s no way he was letting me pass and one thing for sure was I wasn’t keeping the coat on no matter how hard I tried.  I gave up. Is it the zip, toggles, colour I just couldn’t work it out but putting it on and taking it off produces the same expressions as when you move your hand in front of your face and it magically changes from happy to sad.

Cold, wet and fuming I let them go into Toys R Us while I trudged on to what I though was Next several shops along.  Noooo Christine. That’s Next at Home unless you want to wear a tablecloth or a quilt cover you are screwed mistake number 2.  Lots of you know my moany face, picture it, times it by 100.

I battled the wind over the 8 million car parks to get into the main build of the Metrocentre and hated everyone and everything instantly.  I heard a young Vicky Pollard type complaining to her friend about the poppy sellers in the entrance and I quote ” Disgusting that, should be illegal”  The disgusting act was being an Asian poppy seller.  I despair. I fear for my children’s future daily without having to listen to half wits with their Sun newspaper headline comments being in the same breathing space.

I did the hokey cokey at Primarni door debating whether I was brave enough to venture in, I was brave though and head down I ploughed through.  Feeling, smelling, fastening jumpers and cardigans looking for signs of future Reilly disapproval. In and out in approximately 20 mins, 10 of which stood at the tills, result!

I got the text to say Shane and Reilly were in the Metrocentre now and where was I?   I did for about 5 minutes debate lying and saying I didn’t get the message and go for a cuppa instead and let Shane do the 500 escalator and lift trips.

I was over the moon when he gave my cardigan the once over and gave it his blessing.  He loved looking at the Christmas tree lights and pointed out all the hanging stars.  He thoroughly enjoyed the lego shop.  He also put his hand into a ladies whipped cream on the top of her hot chocolate in Debenhams to steal her flake.  Luckily he didn’t burn himself and said lady was unimpressed with his actions despite numerous apologies.  I’m not even bothered. Get another one and put your tuts away.  It’s rude to have your tuts out in public.

Home now though and Reilly has taken to going and scraping the frost off my freezer for a nibble which is making me feel a bit queasy.    Top marks on being cute today though he always draws some attention from the ladies. 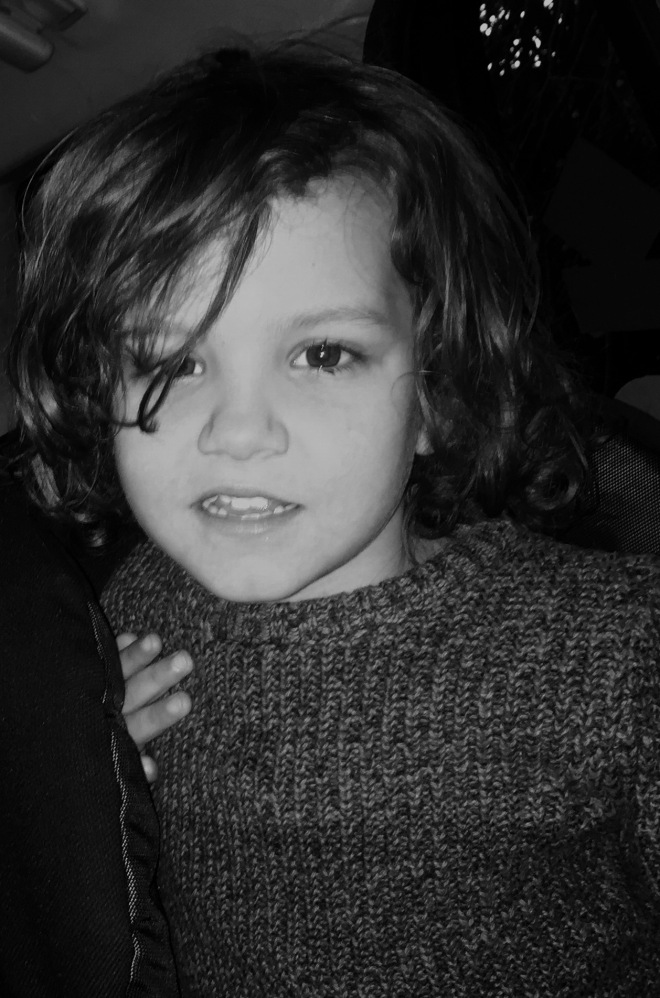