Back in Majorca one of my favourite places. I was dreading the journey, I’ve been anxious about it for weeks! I found the downloads from the Newcastle Airport website really useful this year as Reilly knew each step. I downloaded the autism passport from Newcastle Airport website in preparation. I was disappointed with it last year, not sure if it was jut a blip because this year it was brilliant. It doesn’t allow you to check in first which would be a major bonus for us but luckily there was no queue. The girl on the Jet2 desk rang and arranged for someone to meet us at the gate before everyone else was called. We chose to board first which was brilliant none of the pushing and shoving of people terrified that they aren’t going to get their hand luggage stowed away before we take off 😂. 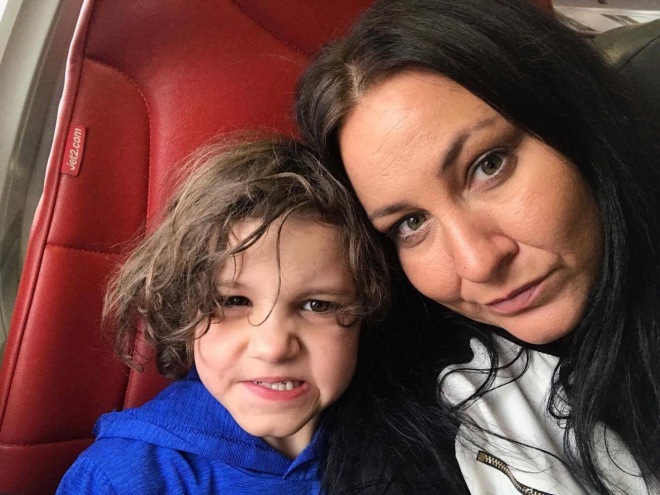 The plane only had 50 people on it so we ended up with a row each. Reilly never really removed his cheek from mine so not the most comfortable but his behaviour was just brilliant.

The transfer in Majorca took for ever. We were last off and in future I’ll be getting a taxi, Reilly wanted off at every stop understandably and got quite upset when we stayed put. We arrived at the resort past meal time and were given a picnic. It was nice but Reilly simply wasn’t eating a ham and cheese sandwich he regarded it with the same enthusiasm as he would a shit sandwich. We located our room at 10 o clock through what I can only describe as similar to the gathering from Battle of the Bastards,Game of Thrones. There were kids EVERYWHERE some big, some small, all running, some with weapons and all screeching. My immediate thought was WTF have I done. The second we entered our room Reilly put his pyjamas on and Shane went on adventure and returned with a pizza and 2 chicken wraps 30 mins later. Things were looking up. I unravelled Reilly’s melatonin from the 4ft of bubble wrap (extra security) I had wrapped it in to ensure are arrival and he was asleep within 30 minutes and taped that way until 8am 😀. 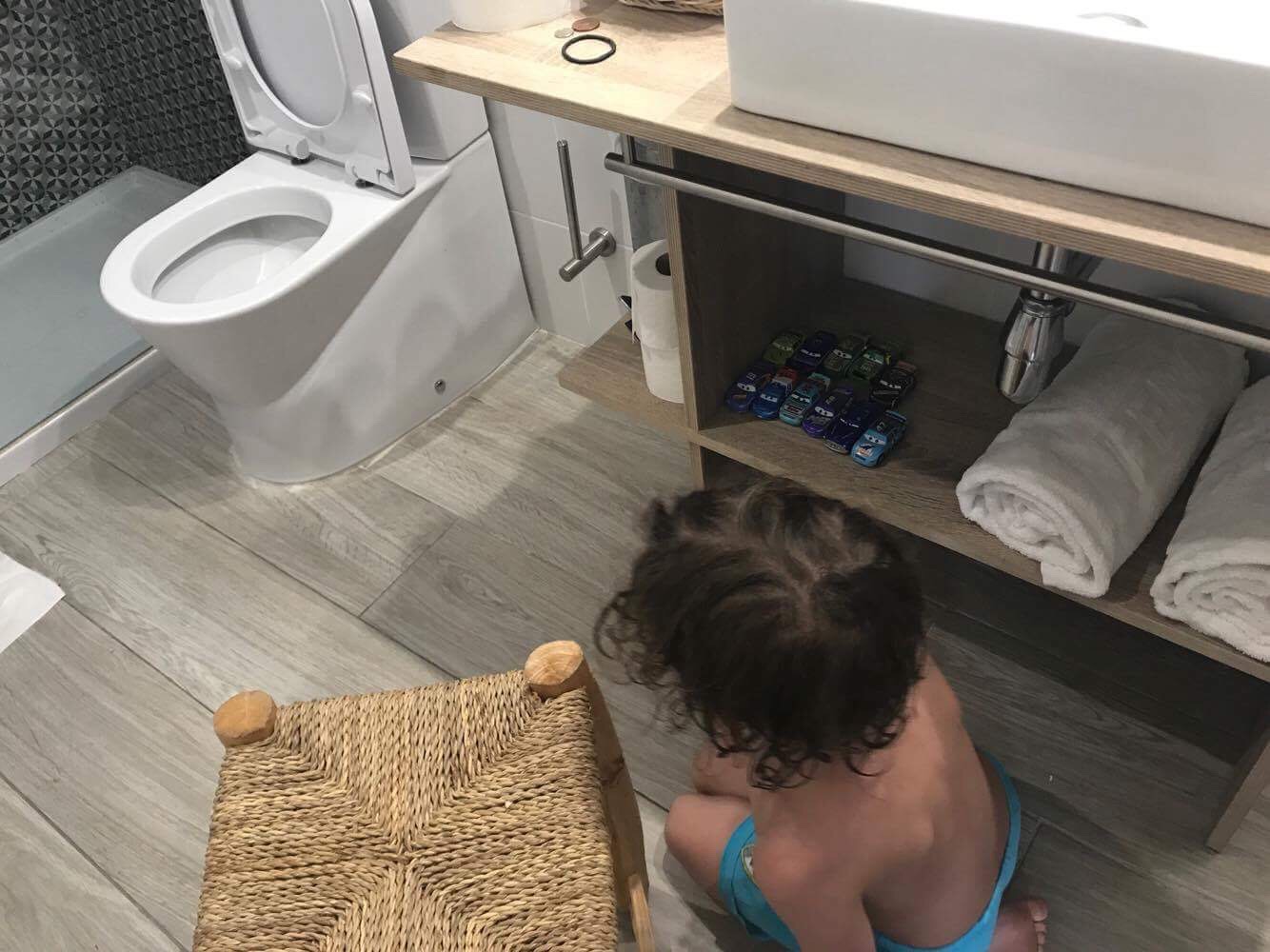 Breakfast was horrific. Reilly walked in to the extremely busy dining room and turned on his heel back out. Only one place Reilly wanted to be and that was the pool, thats where he stayed for the rest of the day. Me and Shane split shifts to get time with Ellis and 10 minutes on a lounger. He even managed to dodge the 6pm winning pool closure guards and jumped back in at 7.20! He’s ate chips and bread,typical beige. The hoodlums from last night turn out to be really nice kids and families I’m pleased to say.

I’ve only had one run in with a Dutch gentleman. Reilly while running away from me stopped to throw a doll in the pool. He wasn’t happy and came to tell Reilly off. Asking which language he spoke. Now this is a tricky one. I said he understands English. The bloke got hold of Reilly’s arm and demanded an explanation as to why he threw the doll in the pool. I was torn between riding it out waiting for Reilly to answer or pushing him in the pool. I chose to swat his hand off and tell him Reilly can’t talk and gives no shits about what goes in the pool. If it’s on the ledge it’s going in, he understood exactly what I was saying and I apologised that the doll got wet and he shuffled off.

Tonight Reilly has made a new friend in the old Spanish lady on the onsite shop, everyone is terrified of her but I caught her watching Reilly organising the planes etc so I flashed her his card I made which say he’s non verbal autistic in Spanish. Ah she loves him. She said Bye Weilly (yes a W not an R) and he gave her a kiss! WTF? Dinner was chips and bread again.

We are now in the room while Reilly enjoys the kids disco but from our balcony instead where he can hear and see the flashing lights, it’s all a bit too busy for the lad.

Groundhog Day tomorrow I’m sure. Ellis has made friends to play football with and saw Fraser Foster (England Keeper) in the airport so he’s happy, they even played a teeny bit together today!