What a week! Since Shane’s post about Reilly went viral I have spent my time pretty much trying to keep up with the thousands of messages we have received.  Messages from all around the world all with the same story – that happened to us too and still is happening from child through to adult.

I am overwhelmed and heartbroken in equal measures about how much of an enormous problem inclusion is for our fantastic kids. In fact not just our kids, I have had messages from parents who’s kids are excluded by friends and family members, adults excluded because of race, religion, the LGBT community and many more.  We are all human and this just isn’t good enough.  Who are we to judge another?

I received a message on Wednesday night on our way to London to talk to This Morning.

It was from a Mam who has had the same problem, she arranged a tea party for her beautiful little girl Jaycee which no one attended, they were having another in a place close to me with cakes and a magician and would we like to attend and we did attend yesterday! 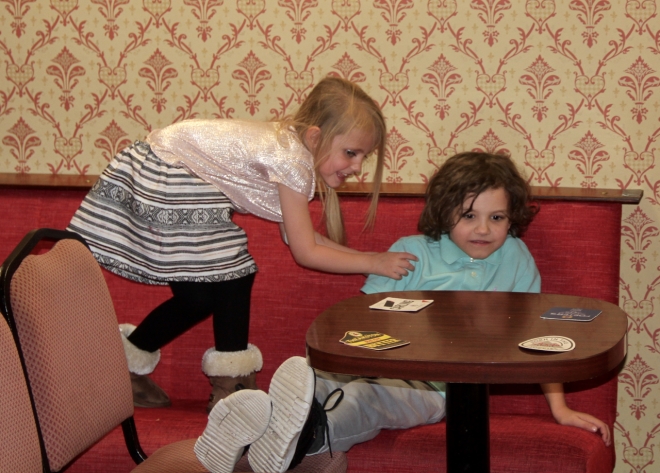 Because we were somewhere new and there were a lot of new faces it took him a little while to settle but once he did he was brilliant.  He did spend the first 10 minutes trying to open Jaycee’s presents but problem solved simply by moving them out of sight.

He skirted the edges as the children sat on the floor watching the magician (who was awesome by the way John Penman).  He didn’t join in the games directly but watched from the sidelines.  He loved the cake!!  He danced to gangnam style and shocked me by grabbing the microphone and becoming very vocal,  not words anyone would understand but for me I’ll take it and I loved it.

An amazing family with an incredible little girl.  Kindness costs nothing people and will enrich your life. Maybe more people should try it.

Thankyou Tanya & her family for making us so welcome. xx